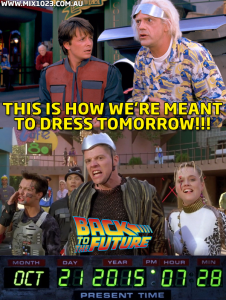 Look at those kids.  Change the saturation on this pic and you’ve got yourself a cyberpunk dystopia.

The bad guys in Back to the Future II (set tomorrow) dress like the California suburb version of cyberpunks, which implies that actual cyberpunks must be around somewhere. Like, teched out clothes and circuit-board makeup are being used by the real deal in the dark corners of the cities, and some coolfinder borrowed the style to put in the malls.

Relax. Enjoy your 3D movies. Don’t pay attention. Ignore the tremor in the voice that dries your clothes. Don’t think about the freaker who can hack your kid’s hoverboard. Don’t connect the rise in certain stocks with Cubs alleged win, or the fact that no one you know actually attended the World Series. Just keep thumbing away your money, bozo. You’ve given us the whorls on your skin. What else will you give us? What else can we take?

Hacking your biometrics is easier than even the fear-mongering propagandvertisements tells you. USA Today’s not the only one with drones. The eyes that keep you safe are everywhere, which means we’re everywhere. Hi-res photo plus 3D-printed skin equals us spending your cash wherever we go.

We know where you are. We know where everyone is. And we can tell you this — there’s someone in this town that doesn’t belong.

Three people. A man and two teens. We don’t know how they got here. And we don’t like not knowing things. 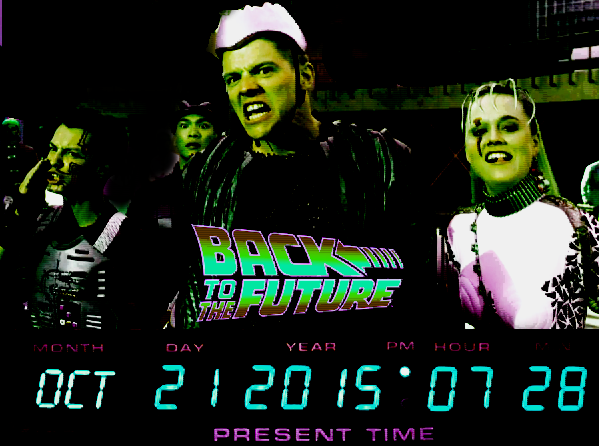