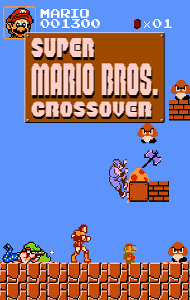 By all that is holy, go and play this game. It’s Super Mario Brothers, but featuring a cast of NES greats. Play as Samus, Simon Belmont, Mega Man, the dudes from Contra etc.

Cool idea, right? Run around the Mushroom Kingdom as various characters. Maybe a ten minute thing, right? Once the nostalgia is over?

Nope. I settled in and played this thing to death over several nights. Here’s what keeps you coming back:

This game was definitely built by people who love games and know how to make them replayable. So go check it.