Speak Out With Your Geek Out
Take a stance against baiting nerd rage and stereotypes of geeks.
Post about how much you love your geeky hobbies or vocation from Monday, September 12th, 2011 to Friday, September 16th.
Let’s show the world why we’re awesome and why there is nothing wrong with being a geek.

As a teenager in the 1990’s, I grew up in the era of who could care less. A strange time, surely. Cynicism and disinterest were the only appropriate ways to view our nihilistic world. We were slackers and losers by design.

Except the geeks. Geekism is unreserved love, active joy. Never mind the fact I couldn’t throw a spiral and loved computers — I actually cared about things. Geeky things. And I didn’t care who knew.

Now, I had the good fortune to grow in a little town in southern New Hampshire. In the 1970’s, a couple tech giants set up shop in that rural region, causing an influx of engineers and software developers. You know: geeks. Original geeks. I made friends with the geek kids of other geek parents. I managed to avoid much of the alienation and abuse that plagues young geeks in most places. When it did happen, which was often enough, I had a group of friends to fall back on.  And for this, I am fortunate.

On to the topic at hand. My geeky hobby of choice: retro-gaming. I wrote this post a while back, and can’t help but share it again. 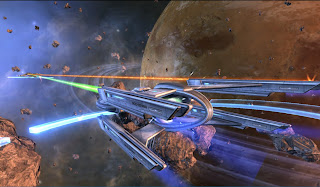