So, Avatar was pretty good, but the game was apparently not so hot.  Here are a few examples of what they should have done:

James Cameron’s Avatar: Hunter’s Moon
This is the one which will satisfy the often-climbing-sometimes-fighting requirement of contemporary action games.  It’ll be like Assassin’s Creed, but in the jungle with climbable objects everywhere.  And I do mean everywhere.  Every tree, every floating mountain, everything. 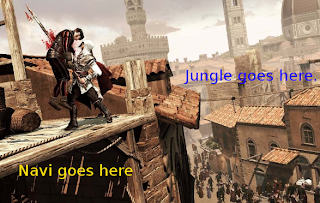 Set during the Sky-people occupation but before the events of the movie (hereinafter referred to as “The Hometree Event” or “THE”), this title tracks the development of a young Na’vi during the trials he faces to become a man.  The events would be similar to “going native” parts of the movie as he learns to climb stuff, bond with the domesticated animals, shoot a bow, fall from great heights, etc.  Another Na’vi (you know, the one with blue eyes and black hair) will act as his foil, persistently making him look bad and getting him in trouble.
The setting, though, would not be at the Hometree, but rather in another clan; this is key.  Stop making us replay the events of the movies – let the developers run wild with the world you have created and make new stories within its confines.
Our protagonist will have a curiosity about the Skypeople, and will travel great distances to witness them despite the warning of his clan leadership, leading to all manner of misadventures.  If you must tie in with the movie, then in the late game the Kwisatz Haderach will show up riding Big Red and our boy will aid in convincing his clan to mount up.  We take part in the big awesome ending battle, including a battlefield duel with the rival in which the protagonist prevents him from killing the clan leader. 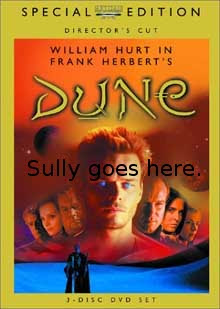 Age of James Cameron’s Avatar
The RTS, set twenty years after THE.  The Skypeople are back, and this time they brought the big guns; no more retooling shuttles to be bombers. And of course the key to a good RTS is in the teams and their elite units: 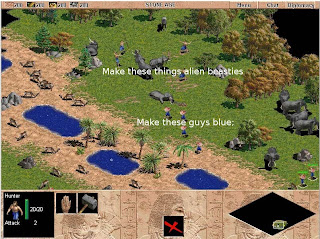 James Cameron’s Avatar: Winged Horizon
Somebody call up Factor 5 and get them on this.  The story of the previous Toruk Makto, the dragonrider who unified the clans.  I think it’s safe to say he accomplished this by all manner of badassery.  Fly around, kill stuff.  See all of Pandora and wage large-scale dragon battles.  What could be better?
And personally I would like to see the Na’vi paired up with Navi from Ocarina of Time.   But come on, what are the chanced of that getting made?
Tweet

2 thoughts on “Three Avatar Games Which Should Be Made”