What have I been doing for the last few weeks, you ask? Why, re-playing the DS remake of FF3.

Now, I don’t know how much of it comes from the fact that this is a remake, but it seems that by the time 3 came around, the developers were hitting their stride. A nice, big world full of fun stuff to do, actual named characters, and a wildly replayable job system.

Once again, we have the old-school several hour final dungeon where if you die on the last boss, you lose several hours of gameplay. Lame.

From a plot standpoint, we’re looking at the same old “save the four crystals” thing, but it’s early yet. Considering how most games if this era had plots which consisted of simply getting higher numbers, we can’t complain. 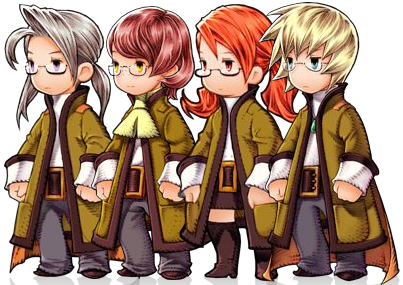 Oh, and there’s a Scholar job. Know stuff, and KILL BADDIES WITH BOOKS. I am, perhaps unsurprisingly, a fan.